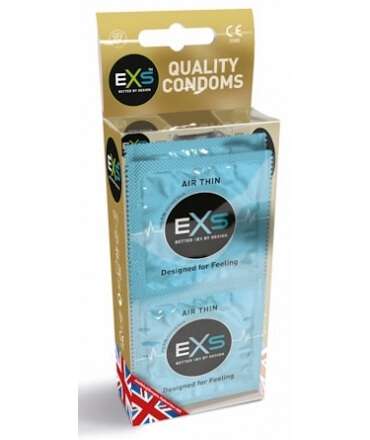 The EXS Air Thin is the thinnest condom of latex in the world, with 0.04 mm thickness. The Foundation of Gay and Lesbian people in Manchester wrote some fantastic comments about these condoms and the customers have given reviews raving: "Never say that he was using a condom! It is as if you were not using nothing!", "Can I have a little more of those please?", "Best condom I've ever used.", "Not normally use condoms (happily married), but would use these!", "Better fit and feel."